The use of a copyright notice is no longer required under U. S. law, although it is often beneficial. Because prior law did contain such a requirement, however, the use of notice is still relevant to the copyright status of older works.

Notice was required under the 1976 Copyright Act. This requirement was eliminated when the United States adhered to the Berne Convention, effective March 1, 1989. Although works published without notice before that date could have entered the public domain in the United States, the Uruguay Round Agreements Act (URAA) restores copyright in certain foreign works originally published without notice.

The Copyright Office does not take a position on whether copies of works first published with notice before March 1, 1989, which are distributed on or after March 1, 1989, must bear the copyright notice.

Use of the notice may be important because it informs the public that the work is protected by copyright, identifies the copyright owner, and shows the year of first publication. Furthermore, in the event that a work is infringed, if a proper notice of copyright appears on the published copy or copies to which a defendant in a copyright infringement suit had access, then no weight shall be given to such a defendant’s interposition of a defense based on innocent infringement in mitigation of actual or statutory damages, except as provided in section 504(c)(2) of the copyright law. Innocent infringement occurs when the infringer did not realize that the work was protected.
The use of the copyright notice is the responsibility of the copyright owner and does not require advance permission from, or registration with, the Copyright Office.

The notice for visually perceptible copies should contain all the following three elements:

The “C in a circle” notice is used only on “visually perceptible copies.” Certain kinds of works—for example, musical, dramatic, and literary works—may be fixed not in “copies” but by means of sound in an audio recording. Since audio recordings such as audio tapes and phonograph disks are “phonorecords” and not “copies,” the “C in a circle” notice is not used to indicate protection of the underlying musical, dramatic, or literary work that is recorded.

Form of Notice for Phonorecords of Sound Recordings

The notice for phonorecords embodying a sound recording should contain all the following three elements:

Note: Since questions may arise from the use of variant forms of the notice, you may wish to seek legal advice before using any form of the notice other than those given here.

Works by the U. S. government are not eligible for U. S. copyright protection. For works published on and after March 1, 1989, the previous notice requirement for works consisting primarily of one or more U. S. government works has been eliminated. However, use of a notice on such a work will defeat a claim of innocent infringement as previously described provided the notice also includes a statement that identifies either those portions of the work in which copyright is claimed or those portions that constitute U. S. government material.

Copies of works published before March 1, 1989, that consist primarily of one or more works of the U. S. government should have a notice and the identifying statement.

The author or copyright owner may wish to place a copyright notice on any unpublished copies or phonorecords that leave his or her control.

Omission of Notice and Errors in Notice

The 1976 Copyright Act attempted to ameliorate the strict consequences of failure to include notice under prior law. It contained provisions that set out specific corrective steps to cure omissions or certain errors in notice. Under these provisions, an applicant had five years after publication to cure omission of notice or certain errors. Although these provisions are technically still in the law, their impact has been limited by the amendment making notice optional for all works published on and after March 1, 1989

Copyright law is primarily federal law, as such, the copyright law firm of Hunziker Legal Services is happy to provide copyright attorney services to those clients that come from around the world by phone, fax, letter, and email. If you live in any of the following areas you may also come to my Boulder or Denver, Colorado office to meet me in person, my copyright law firm is located in Colorado close to: Denver, Boulder, Fort Collins, Loveland, Longmont, Broomfield, Westminister, Arvada, Northglenn, Thornton, Centennial, Lakewood, Brighton, Berkley, Aurora, Columbine, Commerce City, Englewood, Federal Heights, Golden, Greenwood Village, Highlands Ranch, Littleton, Parker, Sheryl Wood, Welby, and Wheat Ridge.

Copyright law is fairly complex here are some links that should explain some of the basic concepts::

I am a patent and trademark attorney working in Boulder and Denver, Colorado where I provide cheap: patent, trademark, copyright, entertainment, corporate, business, and any other legal services you may require.

If you want a lawyer who answers your calls personally and charges a cheap rate, then you have found your man. I pride myself on the fact that each and every one of my clients gets the same zealous advocacy they can come to rely on again and again. 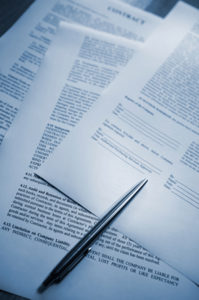 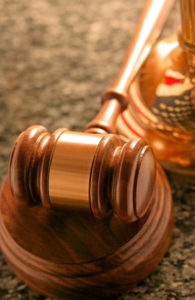 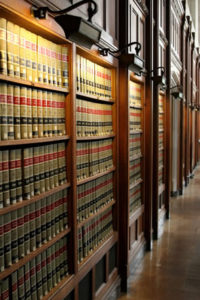 Use of HunzikerLegalServices.com the (‘Site’) is governed by the Site Usage Terms, use of the site constitutes acceptance of those Terms.